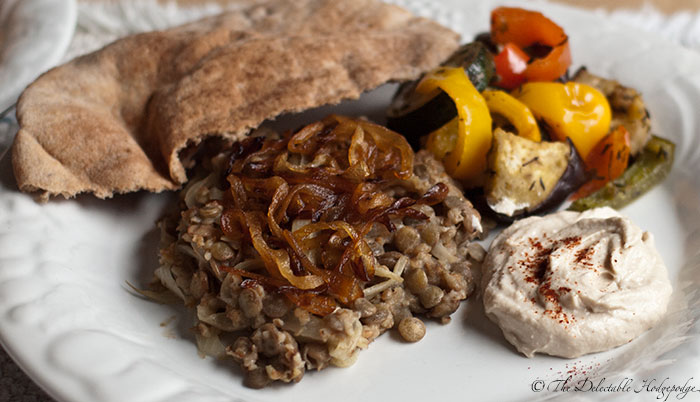 Mujaddara is a common Middle Eastern dish that can be pronounced or transliterated into English a wide variety of ways—mujadarah, mejadra, or even m’gadara—depending on the dialect. Consisting of nothing more than lentils, onions, and coarse wheat, it has been a staple of commoners dating back to the middle ages, but once you taste it you’ll find it hard to believe how delicious such a simple collection of ingredients can be. This version is based on a family recipe sent to us by Syrian reader Dana.

Dana’s original recipe calls for slightly different proportions and a somewhat different cooking technique. Whether the difference is due to a difference in the climate or ingredients where she lives versus the Pacific coast, or some other factor, her version turned out quite mushy here (though it was still very tasty).